Email when stock is available?

DJs always need a dependable mixer. M101USB fits the bill perfectly as a highly adaptable two-channel mixer for virtually any DJ. M101USB lets you get up and running quickly whether you’re using a computer, turntables or CDs. M101USB is right at home at weddings, parties, clubs and everything in-between.

Beginners and seasoned DJs alike who want a durable USB-equipped two-channel solution will find M101USB a perfect fit. M101USB builds on the two-channel M101 mixer with the addition of an easy-to-use USB audio interface for DJs who want the option of working with their computer as well as traditional analog I/O.

Beyond simply mixing, M101USB has a built-in EQ so that you can fine tune your mix depending on the room or the tracks themselves. Two pairs of switchable Phono/Line inputs are included along with a crossfader, ¼” mic input and stereo RCA line output for connection to an amplifier, powered speakers or another mixer. M101USB can be rack-mounted and features Numark’s legendary industrial-grade durability.

Connecting M101USB to your computer is a snap using a single USB cable. Once connected you can use your computer as an audio source or record your sets straight to your computer’s hard drive. If you’re a computer DJ on the move and need solid, dependable two-channel performance, look no further than the M101USB mixer.

Two-channel rack-mountable mixer with USB
USB audio built in for playing from or recording to your computer
Two pairs of Phono/Line inputs
Built-in 2-band EQ for quick, easy sound tweaks
1/4-inch Mic input for voiceovers and announcements
Stereo Output for easy connection to amps, powered speakers or another mixer
Class Compliant: this product is immediately compatible with every current and future version of Mac OS X and iOS and with Windows (98SE and up) operating systems.

How to find us?

All prices include VAT

This applies to UK mainland only orders only.

There are no reviews yet.

£114.00
M101 is a highly adaptable two-channel mixer for DJs. M101 lets mobile DJs get up and running quickly regardless of
Add to wishlist
Add to basket Buy Now
Quick view
Compare

£115.00
The RMX-10 BT is a compact 2-channel DJ mixer, which facilitates wireless music streaming directly to the mixer via the
Add to wishlist
Add to basket Buy Now
Quick view 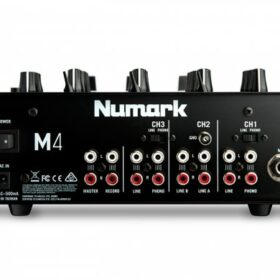 £148.00
A classic 3 channel mixer for DJ’S looking for an extra channel when mixing two sources together whether it be
Add to wishlist
Add to basket Buy Now
Quick view 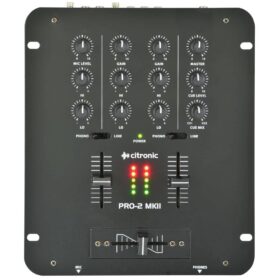 £62.00
The PRO-2 is a basic two-channel mixer, with a solid build quality and an uncluttered layout. It has high quality
Add to wishlist
Add to basket Buy Now
Quick view 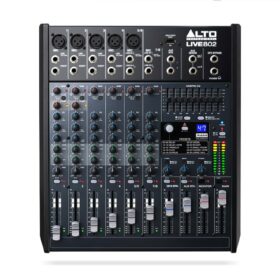 £246.00
The Alto Professional Live 802 is a pro 8-channel, 2-bus mixer equipped with the tools you need to create the
Add to wishlist
Add to basket Buy Now
Quick view
Sold out 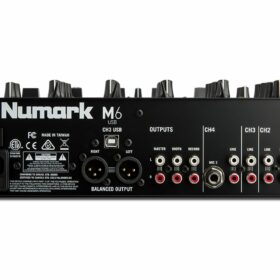 £199.00
When connected to your Mac or PC, the plug-and-play connection empowers you to mix in audio in from music-player software
Add to wishlist
Read more
Quick view
Compare

£425.00
Numark Scratch is a 24-bit two-channel mixer that redefines what you can do with an affordable 2-channel scratch mixer. With
Add to wishlist
Add to basket Buy Now
Quick view
Compare

Be the first to learn about our latest exclusive offers

This website uses cookies to improve your experience while you navigate through the website. Out of these, the cookies that are categorized as necessary are stored on your browser as they are essential for the working of basic functionalities of the website. We also use third-party cookies that help us analyze and understand how you use this website. These cookies will be stored in your browser only with your consent. You also have the option to opt-out of these cookies. But opting out of some of these cookies may affect your browsing experience.
Necessary Always Enabled
Necessary cookies are absolutely essential for the website to function properly. These cookies ensure basic functionalities and security features of the website, anonymously.
Functional
Functional cookies help to perform certain functionalities like sharing the content of the website on social media platforms, collect feedbacks, and other third-party features.
Performance
Performance cookies are used to understand and analyze the key performance indexes of the website which helps in delivering a better user experience for the visitors.
Analytics
Analytical cookies are used to understand how visitors interact with the website. These cookies help provide information on metrics the number of visitors, bounce rate, traffic source, etc.
Advertisement
Advertisement cookies are used to provide visitors with relevant ads and marketing campaigns. These cookies track visitors across websites and collect information to provide customized ads.
Others
Other uncategorized cookies are those that are being analyzed and have not been classified into a category as yet.
SAVE & ACCEPT